Mehndi (Henna) although often seen as one of the most traditional parts of Hindu and Muslim ceremonies, who knew, has quite a flirtatious twist to it. One of the traditional parts of the Henna anointment ceremony is actually a form of subtle ice-breaking, between the bride and groom. The customary practice of hiding the groom’s name or initials within the design on the hands of the bride’s, is actually a game to be played on the wedding night between the couple. If the groom, before the wedding night is over, can find his name or name/initials within the intricate henna patterns, it is said that he will be the dominant one in the marriage. If he fails, the bride then will be the boss in turn. Along with this traditional significance, and the actual artistic decoration of the Mehndi, (Henna) it also is a way to initiate physical contact between the newly weds. It makes you wonder, if our extremely traditional ancestors, the creators of these traditions, may have been hiding some ulterior motives…. ;) 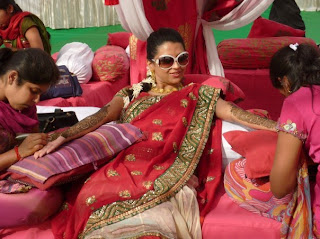 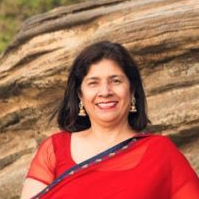 Mira organizes events in Hawaii on islands of Oahu, Maui, Kauai, the Big Island of Hawaii, and Lanai.

Would you like a Hindu or Sikh wedding, a Bollywood DJ, Indian Bollywood dancers, a mehndi (henna) party, an Arya Samaj havan, an Indian pandit to perform a Hindu or Vedic wedding?

I love to create memorable events.

Get in touch with me today =)

Mira is an excellent wedding planner. She is very patient and walks you through the entire process of wedding planning.
She turns all your dreams and...

I honestly don't know what my wedding would have looked like without Mira. My husband and I live in New York City but we've known for ages that we wanted a...

Our son got married in January 2019 in Honolulu Hawaii and Mira Savara Events was our event planner. Mira was simply amazing!!! She made sure all our wishes...